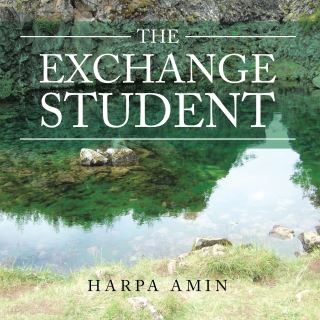 A young innocent girls travels over 4 thousand miles to Long Beach, California to attend high school as an exchange student with AFS exchange programs. She lives with families she has never seen and has to get used to their way of life. The climate, food, culture and most things are new and exciting. Lots of things she has never even seen nor experienced. The dating system is a mystery to her. She gets new friends. She leads a very busy life going to all sort of activites. She has to be an ambassador of her country and make speaches about it in different organizations. All in a foreign language, English. The school life is also busy. She becomes an honorary member of an off campus girl´s club. She gets to participate in the school play. There are challenges everywhere. She finds unexpeccted secret love which is revealed here. She travels to different places: The Grand Canyon, Las Vegas, Santa Barbara, Elsinore and San Diego. Before returning back home she travels for many weeks across the United states with a bunch of other AFSers from all over the world. Getting to know people of all colors and creed was a life changing experience for her.

Harpa Amin: Harpa was born and raised in Reykjavik, Iceland. She read a lot about adventures in other countries. From an early age she dreamt about seeing the world and among the countries was America. She fullfilled her dream by becoming an exchange student in California. There she graduated from a high school that was very similar to what she had seen in so many American films. She graduated as a teacher and taught from some years. She also worked freelance for The Icelandic State Radio creating and producing radio programs about many different subjects. She interviewed people both in a studio and in the field. She held out a weekly program for children writing stories and she read them on the radio. Wanting to live on the continent in Europe she moved with her family to Denmark and lived there for over a year. She made a program about that experience and lots about her travels to different corners of the world. Harpa loves to travel and meet people of different cultures and creed. After returning to Iceland she became a banker. She has now retired and works as a professional extra in films, televison programs and commercials. She is married to an Indian who was born and raised in Nairobi, Kenya.